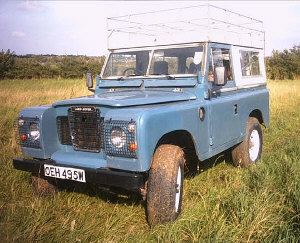 By the late 1960s, it was clear that changes to the Series IIA were required if Land Rover was going to keep its edge. Hence in 1971, the Series IIA was replaced by the Series III. Cash was limited and market research showed that customers were not looking for radical changes. Hence the Series III was an evolution of the Series IIA design, rather a complete revamp.

The most significant change was the replacement of the gearbox with a completely new gearbox that incorporated synchromesh on all forward gears. The ratios were also revised, with lower Reverse and 1st gears. The Low Range ratio was also reduced. Clutch design was also modified to include a diaphragm spring, resulting in smoother and quieter gear changes. Brakes were also improved, and a heavy duty Salisbury rear axle was fitted as standard to all 6 cylinder vehicles. From 1972, the Salisbury became a standard fitment on all 109" vehicles. The electrical system was also upgraded with the dynamo replaced by an alternator.

The body remained virtually unchanged, although the metal grille was replaced with a plastic grille designed to match the new headlamp position introduced in 1968. Although there were few external changes, the Series III looked very different on the inside. The dash was redesigned with the addition of padding. The instrument panel was moved to be in front of the driver. The door interiors were upholstered, and a much-improved heater was fitted. There were even provisions for a radio! 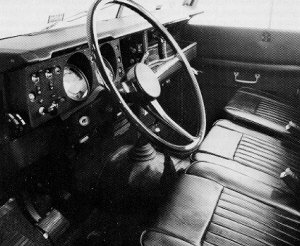 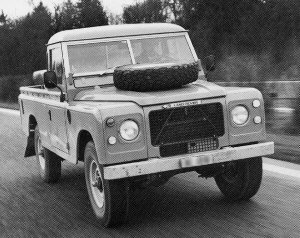 In 1979, the Range Rover V8 engine and drive-line were fitted to the 109" to produce the "Stage 1". This combined the extra power of the Rover V8 with the load-space and indestructibility of the 109" long wheelbase Land Rover. The LT95 4-speed full-time 4WD was used, but the power output of the V8 was reduced slightly to match the 109" application. The grille had to be moved forward to fit the V8 into the engine bay, resulting in a vehicle that looks like a hybrid between the leaf-sprung 109" and the larger-engined Defender (90/110). 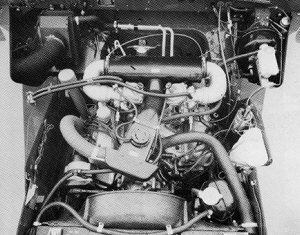 As well as adding power, the V8 is a much smoother engine. It is also noteworthy for producing peak torque and power at very low engine speeds - idea for a heavy duty vehicle such as the Stage 1. The Stage 1 has a top speed of about 80mph, and is capable of climbing 1-in-1 slopes.

This site also includes an extract from the Ministry of Defence's (MOD) User Handbook for the Series 3 109" (3/4 ton) Land Rover.