Creation of the Discovery 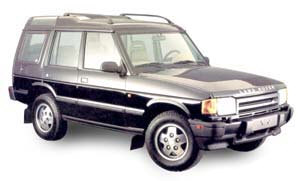 The Land Rover Discovery was unveiled at the Frankfurt Motor Show in 1989, and marked a major departure from previous Land Rover vehicles by targeting the passenger and family 4x4 market. Although this market barely existed when the Discovery was designed, the timing was perfect for the British market which quickly took to the new vehicle.

Unlike Land Rover's previous products, the Discovery was capable of competing against the family car, boasting a comfortable ride and an interior designed by Sir Terrence Conran. It could also compete in terms of power and performance with the now-famous Rover 3.5l V8. For a diesel option, the 200TDi direct-injection turbo diesel engine was introduced. This boasted impressive economy and best-in-class performance, although it was slightly noisier than diesels in competing vehicles.

Even though it was aimed at an essentially family market, the Discovery still boasted the best-in-class off road ability that the Land Rover has come to symbolise. As well as powerful engine options, a transfer case and locking centre differential were fitted. The 100" wheelbase chassis was fitted with coil spring suspension.

Probably the oddest feature of the first Discoveries was that they only came in a 3-door version! Very strange for what was marketed as a durable large family vehicle! The Range Rover was also initially built with only 3 doors. In that case, it was because of concerns about the rigidity of the body whilst driving off-road. This might have been the reason for the Discovery's 3-door design, but within a year the very popular 5-door version was introduced.

The success of the Discovery was ensured by the combination of an essentially new market, the 5-door model, and continued up-market shifting of the Range Rover. Further variations and updates were fitted during the early 1990s, including a 2 litre 4 cylinder petrol engine, 4-speed automatic gearbox, and air-bags. 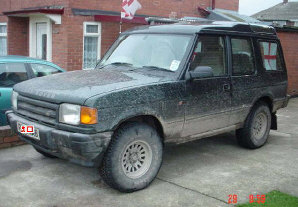 During the late 1990s, the Discovery was redesigned as 'Project Tempest'. This new Discovery was launched in 1999 as the "Discovery Series II", a name carefully chosen to invoke the history of the original Land Rover Series II vehicles. The Series II looked very similar in appearance to its predecessors, but included a variety of new features. The Freelander's Hill Descent Control (HDC) was fitted as standard, and new options included Active Cornering Enhancement and rear Self-Levelling Suspension. 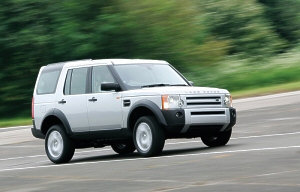 The latest version of the Discovery has just been announced. Called the Discovery 3, it is due to go on sale in late 2004. Sporting a modified external design, the Discovery 3 also includes an integrated body-frame. Press releases claim that it continues to provide a broad range of capability with good on-road performance and best-in-class off-road abilities.

New engines include a 2.7 litre TDV6 turbo-diesel for the European market. A different version of the base V6 has already been seen on the Jaguar S-Type, but the Land Rover variant is capable of 190bhp and 440Nm of torque. A compacted graphite iron block is used. A second engine option is a 4.0 litre 215bhp petrol (gasoline) V6 that sports 360Nm of torque. 6-speed automatic and manual gearboxes are also provided.

The Discovery 3 also sees the advent of fully independent suspension in the Discovery range. Most Discovery 3s will be fitted with air springs similar to those used on the Range Rover, but coil springs will be available for entry level models.