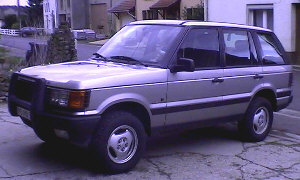 Since its introduction in 1970, the classic Range Rover had slowly moved up-market from the original concept. Even so, by the early 1990s it was felt that the Range Rover should be positioned further up-market, to appeal for buyers of luxury cars such as Jaguar and Mercedes. This had to be performed without any loss in the Range Rover's best-in-class off-road capabilities. Hence, the P38 development project was started to completely redesign the Range Rover. The new Range Rover was launched in 1994, with sales of the 'classic' Range Rover continuing in parallel until 1996.

The design team saw the target market as traditional, and the final body shape was criticised by many as being too bland. It was also compared with the MetroCab in a negative light. The new design definitely looked more like other SUVs from a distance, but a variety of design cues were kept from the old design. On the positive side, the new body had lower wind noise and an extremely low drag coefficient, making it an excellent high speed cruiser popular with a number of police forces.

Although the new Range Rover kept few parts from the older vehicle, mechanically they were very similar. The steel box section chassis was kept, but was made stronger and heavier. The 108in wheel-base from the County LWB model was kept. Aluminium body panels were still used for the front bumpers, doors, and tailgate. The Rover V8 was kept, but was altered to improve strength, and to add 4-coil distributor-less ignition. These changes resulted in an even smoother engine, with slightly more power and torque. Although the displacement was kept the same, it was renamed '4.0' to distinguish it from the older 3.9l engine. A 4.6 litre version of the engine was produced for the HSE model.

The adjustable air suspension used on the County LWB Ranger Rover was kept for the P38. This allowed for a variation of over 5 inches in ride height, compared to the 1 inch which was typical on copied designs (e.g.. the Ford Expedition).

Beam axles were also kept for the front and rear. Although unusual for a 1990s 4x4, this standard Land Rover feature was considered vital for serious off-road capabilities. The axles were redesigned to increase strength whilst reducing the unsprung weight. They also had improved steering and ground clearance ranges. 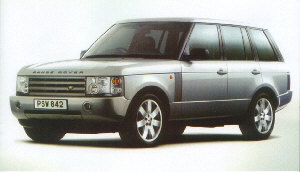 The second major redesign of the Range Rover was officially launched at the Detroit Motor Show in January 2002. Designed during BMW's ownership of Land Rover, the redesign was claimed to be the most expensive development for any vehicle ever. The aim was to improve the on-road performance to be competitive with the current range of luxury sedans, whilst keeping or improving the excellent off-road abilities. This was performed by implementing an innovative cross-coupled independent airbag suspension system. The body is of the monocoque type strengthened with an integral chassis. Also included, is the Hill Descent Control (HDC) system that was introduced on the Freelander.