Although Caliper®’s Maptitude® product is usually considered a desktop GIS system, it does implement a number of web-based features, allowing it to be used as a web map viewer.

Maptitude is Caliper’s flagship GIS system, and is one of the most powerful commercial GIS solutions in the under-$1000 bracket. It offers a wide range of powerful analyses tools. In addition to displaying Caliper-supplied vector data and user-supplied data, it can display web-derived imagery.

The simplest to use display options allow Bing Maps (Virtual Earth), Google Earth, Google Map, USGS Aerial, USGS Topographic, or OpenStreetMap imagery layers to be inserted into the current map. This is in addition to existing data layers such as streets and customer locations.

Here is an example with Bing Maps: 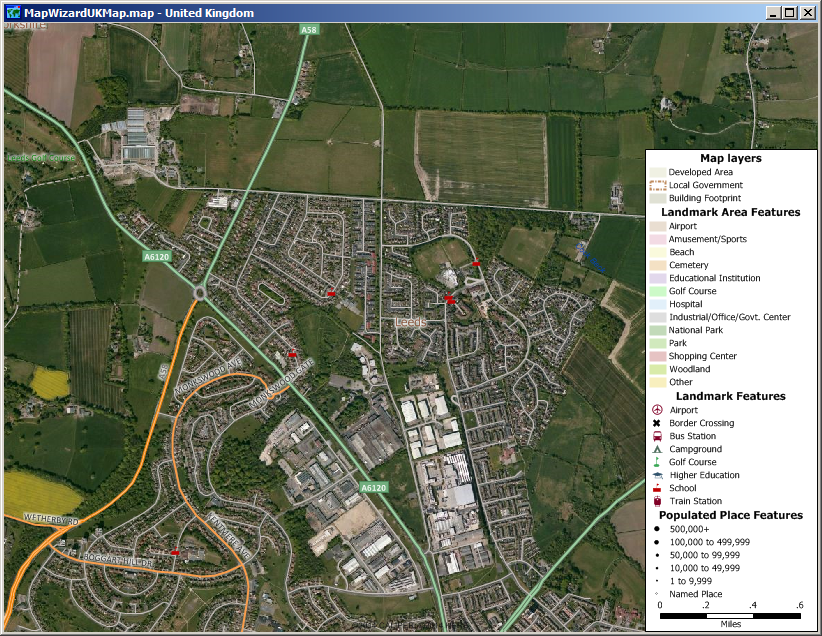 Maptitude map (north east Leeds, UK) based on a Bing Maps (Virtual Earth) image and Maptitude UK street data. Maps like this can also include user data and map analysis.

Note that you could include layers from all three services on the same map. However, the top-most imagery layer would hide the other layers because it would be drawn on top of the other layers

Maptitude can also use imagery from WMS, although the interface is not as smooth and seamless as we have come to expect with web imagery. Here is an example: 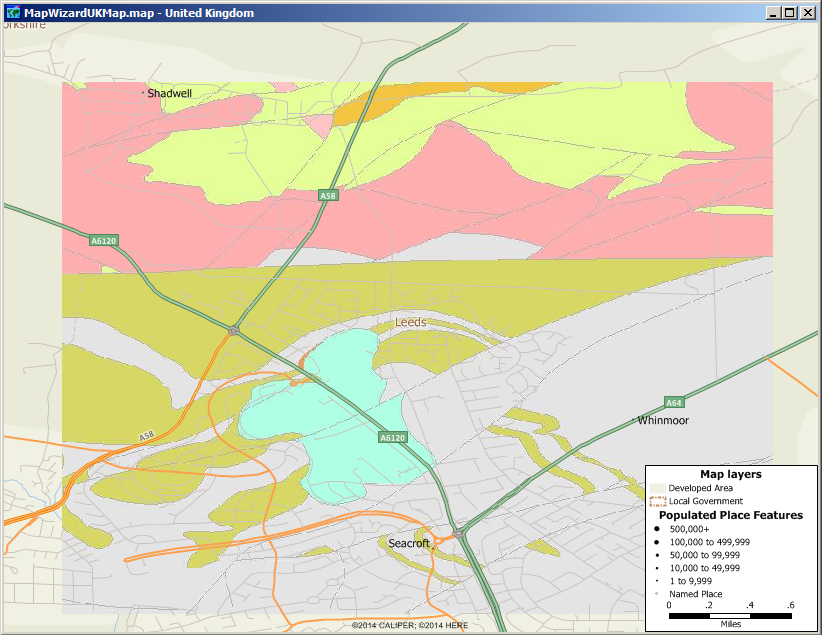 Note that  you have to explicitly fetch a tile to match the current map view. This was done above, and then zoomed out slightly, to illustrate the limited extents of the tile.

The above geological data was fetched using the following server URL:

Maptitude currently only supports WMS version 1.1. The BGS (British Geological Survey) server defaults to version 1.3, so the required version has to be explicitly listed in the URL.

Finally, if you wish to display your Maptitude data on a web map, Maptitude allows individual data layers to be exported as KML or KMZ (compressed KML) files. Although originally created for Google Earth, the KML standard has now become the de facto map annotation format for online use.

Further information on Maptitude can be found on the official Caliper website.